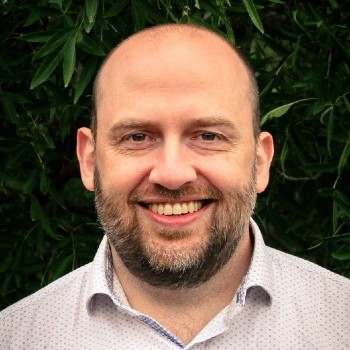 
Melbourne born and raised, Andrew received his degree in Veterinary Science from the University of Melbourne in 2001. Following graduation, he spent eight years in general practice, beginning in mixed practice in Bendigo followed by small animal practice both in Australia and the UK.

Seeking a career change, Andrew returned to the University of Melbourne to complete a PhD in microbiology and immunology, and commence a career in anatomic pathology. He was awarded membership of pathobiology chapter of the ANZCVS in 2014, and has been a Senior Lecturer and Head of the Diagnostic Anatomic Pathology service at the Faculty of Veterinary and Agricultural Sciences for the past 5 years. Andrew is a popular and well-regarded teacher, and has lectured in neuroendocrine, digestive, reproductive and general pathology, as well as instructing veterinary students and trainee pathologists in diagnostic pathology. He has also authored 30 research papers and case reports in the fields of anatomic pathology, microbiology and immunology, and was co-author of the pancreas chapter of Pathology of Domestic Animals with Professor KVF Jubb.

Andrew has broad expertise in gross pathology and histopathology across a wide range of domestic and non-domestic species, and though he loves all pathology like his own children, he has particular interests in neuropathology, gastrointestinal pathology, and forensic pathology.